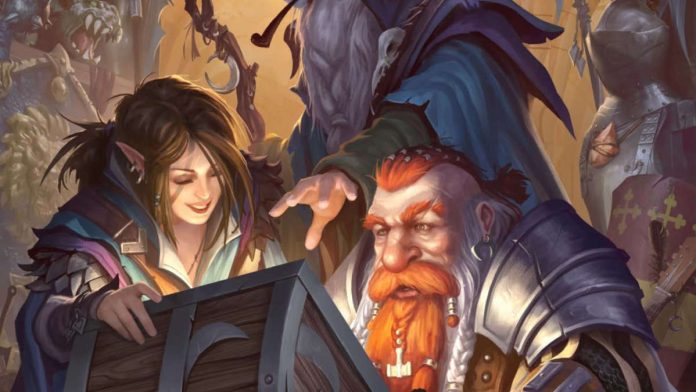 Vault of Magic for 5th Edition is a 2021 Kickstarter which raised USD$474,240 to bring more than 1,000 new magical items created by both game designers and select guests to the 5th edition Dungeons and Dragons game. This is the first magic items book by Kobold Press which is a prolific 5th edition publisher responsible for the Monster books Tome of Beasts 2 and the Creature Codex.

Kobold Press books contain the highest quality art of all their publications possessing an art style of art which conforms closely to the 5th edition feel established by Wizards of the Coast. Lets find out if this conjuration is worthy of adoration or have they published an illusion you should avoid?

After opening up the well illustrated cover you can soon learn that a plethora of Dungeons and Dragons Social media contributors have contributed to this book including YouTubers Professor Dungeonmaster and Nerdarchy, author Patrick Rothfuss, the Lazy Dungeon Master – Mike Shea, and a touch of Hollywood with Deborah Ann Woll. Each has their contribution listed which is a small nice touch. Unlike other Kickstarter publications by Kobold Press backers were not invited to propose items.

Beyond the introduction you encounter the Table of Contents which includes:

As you delve into the text of the many many items within you can’t help but be drawn into the text and the promises of adventure and fun. Item after items contains features and flares that drive the story narrative forward for the Player embed memories as they use the item.

As an example: the Survival Knife provides no mechanical bonuses to hit but “you can use an action to transform it into a crowbar, a fishing rod, a hunting trap, or a hatchet”; while the a Fezz wonderous item (yes – the headwear of choice of the 11th Doctor) comes in threes and when worn they can cast Alter Self which makes all the three wearers of the fezzes in range affected simultaneously affected, making each wearer appear identical to the other.

This sharp focus on magical properties that provide opportunities for Players to engage in creative hi-jinks is what sets the book apart. Many items are low powered in a game mechanic (+1 sense) but high powered in being able to be dropped into a game regardless of character level. This is a huge feature and not to be understated.

Many items are accompanied by illustrations in a style which mimics the official art and the text and layout is perfect.

The last element of this book is the provision of random magic item tables that correspond to the Magic Item tables in the Dungeon Master Guide. A nice feature of the tables is the inclusion of the magic items in the 5e Open Gaming license.

Vault of Magic is available in multiple formats including hardback, PDF, and in VTT format for Fantasy Grounds, Roll 20, and Shard Tabletop. However if you can purchase a hard copy of this book as its the type of book that a DM should have at hand to pick up and by thrilled and inspired.

Baldur’s Gate: Descent into Avernus is Wizards of the Coast feature adventure product of 2019 designed to run as a long campaign from...

Review: The Koryo Hall of Adventures

The Vault of Magic by Kobold Press is magical design in print and is without doubt on of the best 5e Resources a Dungeon Master can purchase. The items are creatively designed and will exponentially increase the opportunities for hi-jinks and wonder at your gaming table.Review: Vault of Magic for 5th Edition

How Environmentally Sustainable is Your 5e Dungeons and Dragons Book?

5 Reasons why you should DM Naked…

Resources for Gith – Githyanki and Githzerai 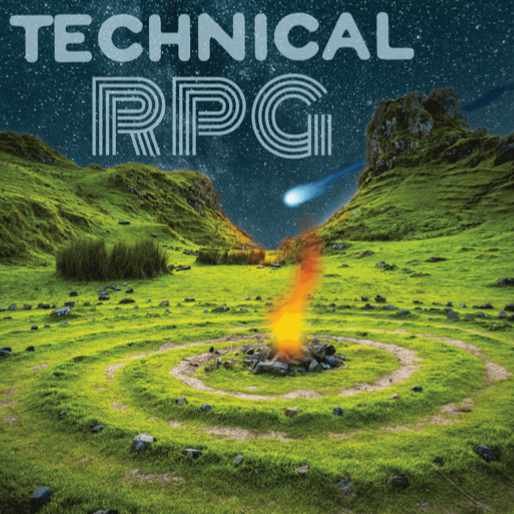 Technical RPG is your gaming news, entertainment, and creator website. We provide you with up to date news to help you get the best out of your role playing and creative time.